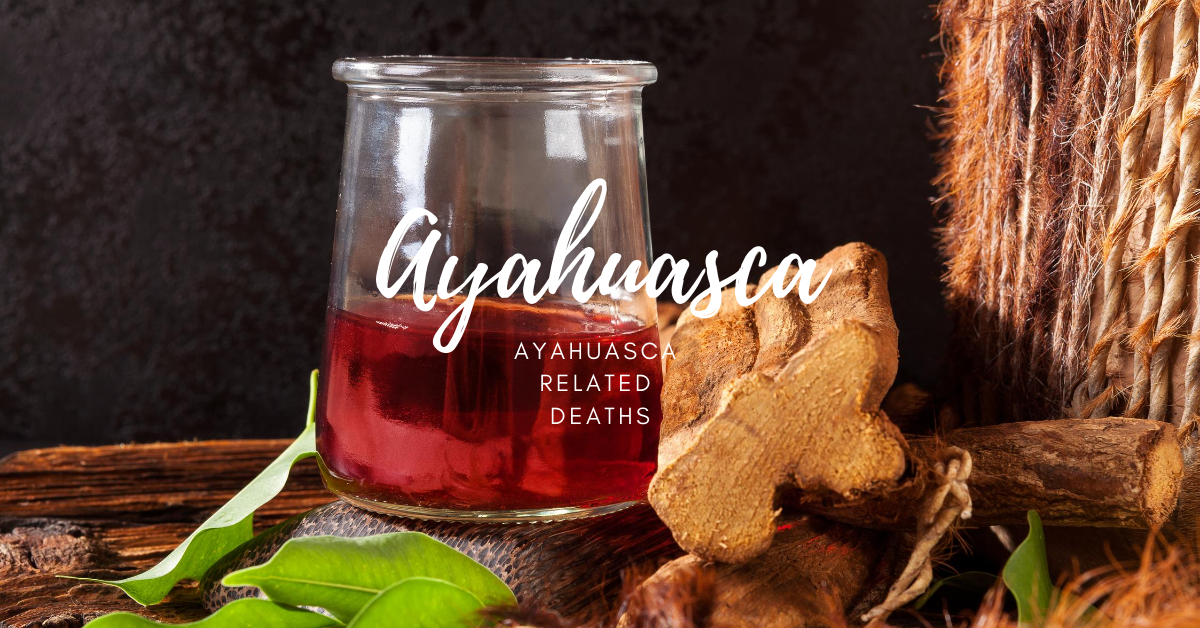 There have been deaths related to ayahuasca.

However, ayahuasca being the direct pharmacological cause of death is extremely rare.

Here’s the details of the deaths related to ayahuasca:

Cause of Death: Mixed ayahuasca with anti-nausea drug Hyocine

An alternative theory comes from Emily Sinclair in her piece “Can People Really Die From Drinking ayahuasca, as Announced in the Media?”.

“As I was to discover later upon meeting his friends in Peru, Henry had actually died from a head injury sustained in a motorcycle accident following the ceremony when, panicking and presumably incompetent, the people running the ceremony attempted to take him to hospital.

He fell from the motorcycle, hitting his head. The head injuries are clearly visible in pictures.”

Cause of Death: Heart Attack

Crypto-currency billionaire who dined with President Trump and had many A-list Hollywood friends.

Died after taking ayahuasca in his hotel room in Cancun, Mexico. Details are scarce.  Unknown if he was taking other pills at the same time. He was known to have substance abuse issues for decades.

At one point he had a $100,000 a month OxyContin habit (80 pills per day). It’s reasonable to assume this would have weakened his heart.

People with heart conditions are advised not to take Ayahuasca.

Cause of Death: Hallucinogenic amine intoxication

Details: A second autopsy in Sonoma County, California followed an initial one in Peru.

Both did not produce a definitive cause of death.

Cause of Death: Acute Nicotine Poisoning

Details: The autopsy did not identify a causal link between ayahuasca and the death. Her death was caused by nicotine poisoning.

The Center for Disease Control says 50 to 60 milligrams of nicotine is a deadly dose for an adult who weighs about 150 pounds.

Some research suggests a lethal amount may be a lot higher.

Cause of Death: Murder

Toxicology results show only one of them had consumed ayahuasca – the victim, Gomes.

Details: Felt no effects, allowed to go home at the end of the ceremony. Found in his bathroom curled up beside the toilet.

Possibly choked on his vomit or ingested another substance, such as a sleeping pill. It is also possible that there was an unforeseen medical event that caused his death.

Cause of Death: Tobacco Poisoning

Details: The retreat offered tobacco purges to all participants and are usually safe, but can lead to nicotine poisoning.

Matthew was in great physical discomfort following the ingestion of tobacco.

After several hours, during which he was screaming in pain, Matthew eventually died from a heart attack on the way to hospital.

What These “Cause of Death” Reports Tell Us

As you can see, in these cases reported there are no clear-cut links to ayahuasca directly, but other factors at play.

This study summarises the situation well:

“Circumstances around deaths are generally unclear and may be related to shamans adding additional plants with increased toxicity to brews or inappropriately screening patients for drug interactions.

There has never been a death observed during a clinical study.”

This study investigated deaths related to ayahuasca and found:

“The evaluation of the cases highlights the fact that some lack accurate forensic/toxicological information, while others are not directly relevant to traditional ayahuasca preparations.”

How Dangerous is Ayahuasca?

Considering the number of people taking ayahuasca each year, the death rate is very low.

Let’s say there are 500 centres globally.

Let’s assume each holds a ceremony once a week (very conservative).

The number of participants can vary, but let’s assume each ceremony holds 25 people (again conservative).

Ayahuasca has been attributed to 9 deaths in total.

Consider that against these numbers:

I think you get the point.

It’s often the media amplifying the story, mis-communicating the facts and scaremongering for attention.

With that said, you should still be cautious about taking ayahuasca and follow best practices to be as safe as possible.