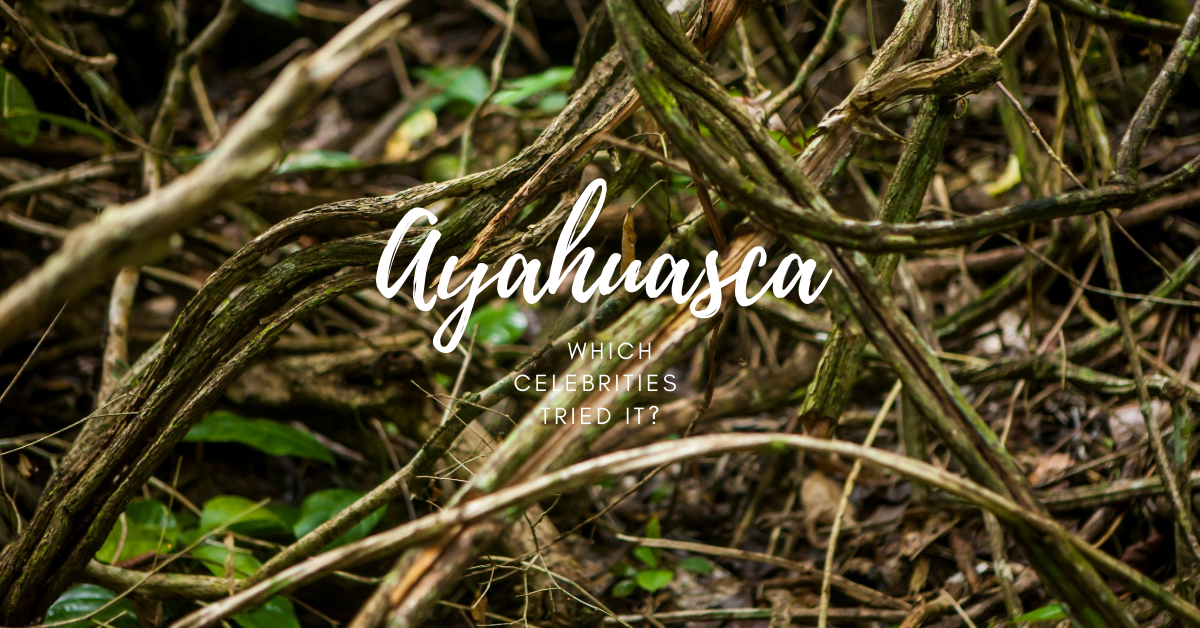 Ayahuasca Celebrities & What They Said About Their Experience

Many celebrities have tried ayahuasca, but most don’t talk about it.

Here’s the celebrities who spoke publicly:

For her latest Netflix series, Chelsea Does, she tried ayahuasca.

Here’s what she said about the experience:

To prepare for his 2017 role as famous “psychedelic activist” Terence McKenna, Carrey experimented with mushrooms.

Apparently this was not Carrey’s first experience with psychedelics.

Rumours suggest when on ayahuasca, he refused “to get off a mountain until he believed he could earn $10 million a picture – which eventually, he did.”

Carrey was also known to carry a blank cheque with $10m written on it – so this is likely to be true.

Ayahuasca was so profound for Sting.

He shared 60 pages about his journey into the Amazon of Brazil in his 2005 autobiography, Broken Music.

He’s also spoken on camera about the experience:

The American stand-up comedian, MMA commentator & podcast host has been very vocal about DMT and ayahuasca.

Former professional bodybuilder and entrepreneur from the UK.

You’ll notice this conversation is from Joe Rogan’s podcast.

Musician Tori Amos told The Huffington Post she has done ayahuasca many times, starting in the 1980s.

“With ayahuasca it was approached as – you fasted for a day and there was a group of us that would meet with someone that was running [the situation].

And then you got back together the next week after you’d done it… It was very structured.”

In an LA Weekly interview, the former front man of The Black Crowes said:

“I was very lucky, eight or nine years ago, to have an ayahuasca experience.

Even though a lot of my belief systems had let me up to that day, and believing in the esoteric realities of aggressive psychedelic and entheogen-driven experience, that was the literal opening up of all my minds and hearts.

Where my mind and heart and soul all coalesce of having at least the initial understanding of the interconnectedness of all living entities in the universe, really.”

The Simon & Garfunkel musician recounts an ayahuasca experience in the 1990 song “Spirit Voices”.

In the song, he describes his journey into the Amazon.

“I drank a cup of herbal brew,” he sings.

“Then the sweetness in the air / combined with the lightness in my head / and I heard the jungle breathing in the bamboo.”

The Gossip Girl actor said he did ayahuasca with an indigenous tribe in the Colombian rain forest.

He had hopes of going “back to New York City with my glittering spiritual tool” but then experienced difficulty purging during several ceremonies.

When he finally did, he said:

“I dropped into my heart, and I felt it in my blood and all of the discomfort and this mercurial nature of perceptual boundaries during these ceremonies seemed to melt away and all melt into one gleaming psychic arrow pointing towards my heart…

And that was the simplest but, to this day, the most profound moment of my life.”

Actress Lindsay Lohan’s drug use is no secret, considering her public journey with rehabilitation.

But Lohan appeared to have a positive experience with ayahuasca.

She claimed it set her free from her addiction struggles.

Lohan was also dealing with the emotional aftermath of a miscarriage, and she felt ayahuasca facilitated the release of much of that pain.

“It changed my life,” she said.