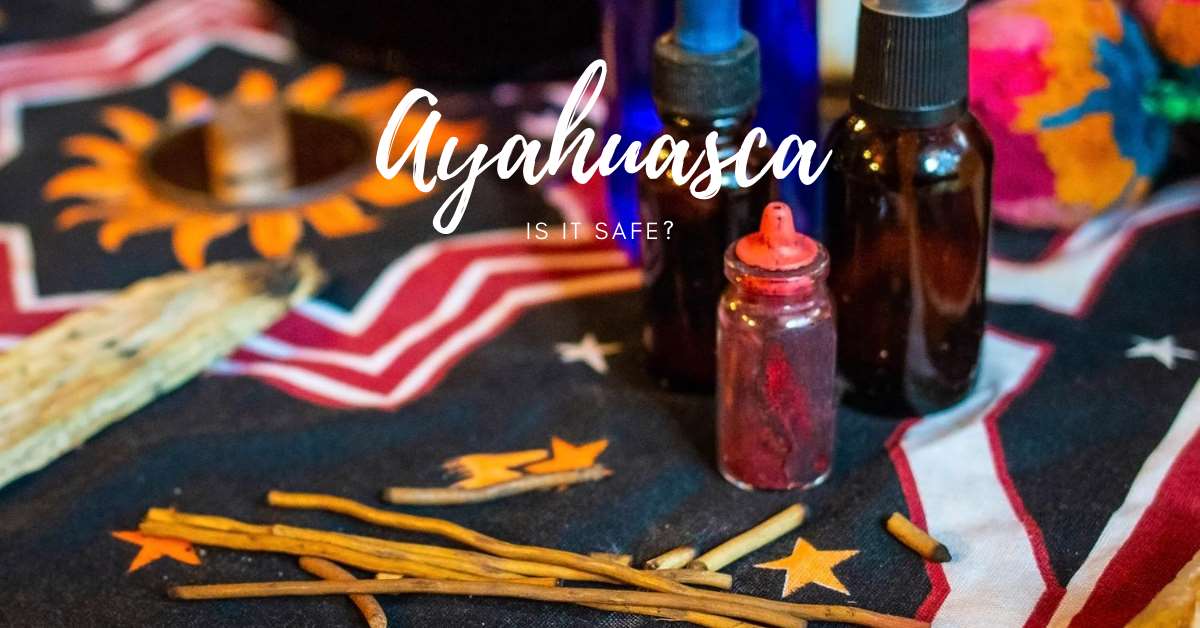 Considering the number of people taking ayahuasca each year, the death rate is very low.

Let’s say there are 500 centres globally.

Let’s assume each holds a ceremony once a week (very conservative).

The number of participants can vary, but let’s assume each ceremony holds 25 people (again conservative).

Ayahuasca has been attributed to 9 deaths in total.

Consider that against these numbers:

I think you get the point.

It’s often the media amplifying the story, mis-communicating the facts and scaremongering for attention.

With that said, you should still be cautious about taking ayahuasca and follow best practices to be as safe as possible.

Can Ayahuasca Make You Crazy?

One of the most common fears regarding ayahuasca, is that it might make you crazy.

Scientists have studies this deeply.

Here’s what they found:

This study from Brazil called “Ayahuasca: what mental health professionals need to know” and the scientists concluded:

“Ayahuasca administration in controlled settings appears to be safe from a subjective and physiological perspective, with few adverse reactions being reported.

Prolonged psychotic reactions are rare and seem to occur especially in susceptible individuals.”

In another study, researchers found:

“These results suggest that the incidence of psychotic episodes associated with ayahuasca/DMT intake is a rare phenomenon.

The psychotic episodes are apparently associated with several contributing factors, and not only ayahuasca or DMT intake.

Many cases involved individuals with a personal or family history of psychosis or non-psychotic bipolar disorder, or concomitant use of other drugs.“

“The scientific literature suggests that acute ayahuasca administration to healthy volunteers has a good safety profile, and that long-term ritual ayahuasca consumption is not associated with cognitive or psychiatric problems.”

This study from the Journal of psychopharmacology is interesting.

It’s a large population study of 130,000 adults in the United States.

The title of the study summarises the findings – “Psychedelics not linked to mental health problems or suicidal behavior: A population study”.

To quote from the study:

“A recent large population study of 130,000 adults in the United States failed to find evidence for a link between psychedelic use  and mental health problems.

We found no significant associations between lifetime use of psychedelics and increased likelihood of past year serious psychological distress, mental health treatment, suicidal thoughts, suicidal plans and suicide attempt, depression and anxiety.

We failed to find evidence that psychedelic use is an independent risk factor for mental health problems.

Another interesting study is from the Department of Psychology at the University of Oslo, Norway.

“The link between use of psychedelic drugs and mental health problems”

The study analysed data on the mental health of ayahuasca users in religious communities.

The use of psychedelics is legal in these groups.

The participants had used ayahuasca over 360 times each.

Despite that, they scored significantly lower on all psychopathology measures compared to people who regularly took part in regular non-psychedelic religious groups.

Another study found that LIFETIME use of “classic psychedelics” was associated with significantly reduced odds of:

The only credible information I could find which posed the opposite view was this one.

All they could say was – ayahuasca may have contributed to a psychotic incident.

To quote the study directly:

“One literature review[4] reported that over a five-year period there were documented between 13 and 24 cases in which ayahuasca may have contributed to an undefined psychotic incident.

From everything I found, its unlikely ayahuasca will trigger a psychotic reaction or affect your mental state negatively.

However, the literature is VERY CLEAR.

Anyone with a personal or family history of: