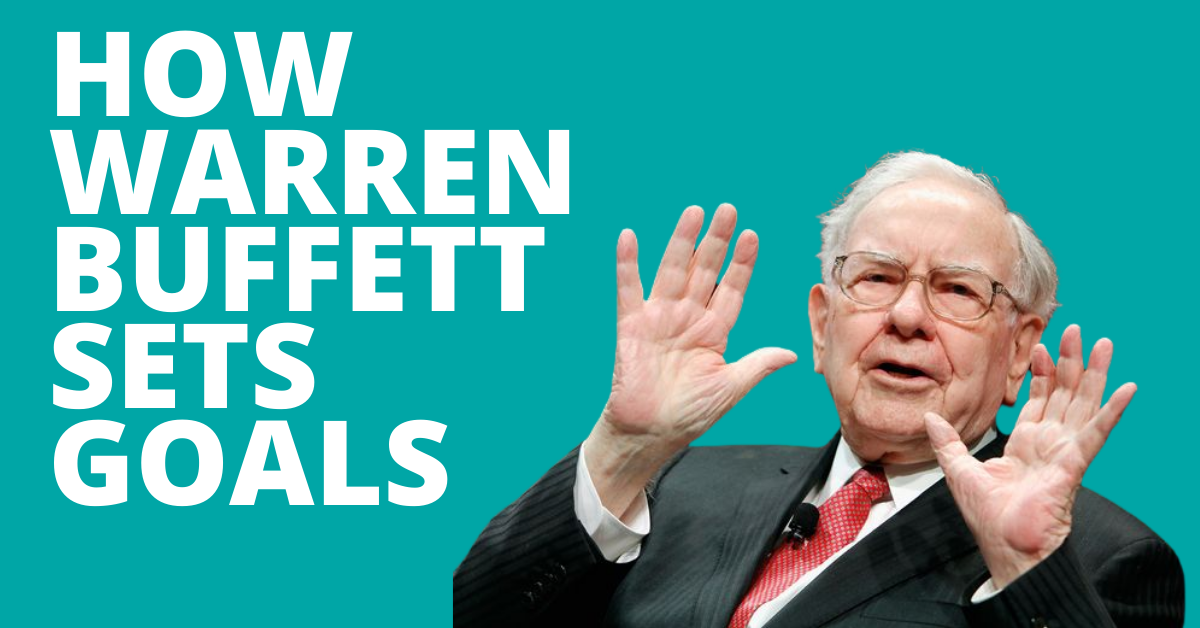 The Goal Setting Questions That Made Warren Buffett Rich

If you want to know how the world’s 4th richest man sets goals, this is for you.

This video reveals the exact process Warren uses, that he revealed to one of his employees many years ago.

What can the fourth richest man in the world teach you about achieving your goals?

This story got buried in history, but Warren Buffett, who’s worth over $73 billion once revealed the secret to achieving goals to his pilot Steve. And I’m going to break down the full process in this video.

Hi, I’m Skye from Free The Wage Slave. If you’re new here, be sure to hit like and subscribe for more content on how to quit your 9 to 5 and start and grow your freedom business.

So how do you choose goals that matter and then ensure that you achieve them? Warren Buffett gave five steps to his pilot that would guarantee that he chose the right goals that mattered to him, and then that he achieved them.

So the tale goes that Warren one day walked up to his pilot and said to him, “The fact you’re still working for me means I’m not doing my job. Why are you not out chasing your goals and dreams?”. He and the pilot went back and forth for a little while and then Warren told him to list the top 25 things that he wanted to achieve in his lifetime.

Steve didn’t really know what to put down. So Warren told him just write down anything that feels important to you that’s not currently in your life. Step two is to pick your top five.

So once the pilot completed the list, Warren asked him to review that entire list and circle the five that were most important to him. He was hesitant at first because he felt like they were all important to him. But Warren pushed him and he persisted and asked himself time and time again, is this more important than that? Is this more important than that one, and by comparing them one against the other, he slowly whittled that list down to the five that were the most important. Once he took them back to Warren. Warren simply asked him, Are you certain that these are the five most important goals for your life? The pilot nodded his head, and they moved on to Step three. Step three is to make your top five plan.

Warren, then ask the pilot, when do you plan to get started? And what is your plan for achieving these goals? They discussed the plan for a while and the pilot told Warren who was going to help him achieve it, what the plan was, and by when he would achieve each of those goals. Step four, is to marry your priorities.

Once the pilots top five goals had been identified, and he had a plan for them more and then threw a spanner in the works a little by asking him what about the other 20? And the pilot thought it was a trick question, and he thought he knew what the right answer was. So he confidently told Warren, while the top five are the priority. The others are my second priority. I’ll work on those as and when I can, but they’re not as important as the main five. Warren’s response to that surprised him. He told him that those 20 were on his must avoid at all costs list. He told him that no matter what everything that you didn’t circle, you must completely ignore until your top five has been achieved. So Step five is to know your avoid at all costs list and stick to it.

So the lesson here is really about focusing on the five goals that are most important for you. And having that almost single focus until their completion. We know that doing too many things at once just dilutes our effort and our results. And anyone who’s been able to accumulate a fortune the size of Warren’s bears listening to so answer the five questions, identify your top five goals and get to work on them. If you like the video today, be sure to give us a like and subscribe and if you have any questions, just leave them in the comments below.