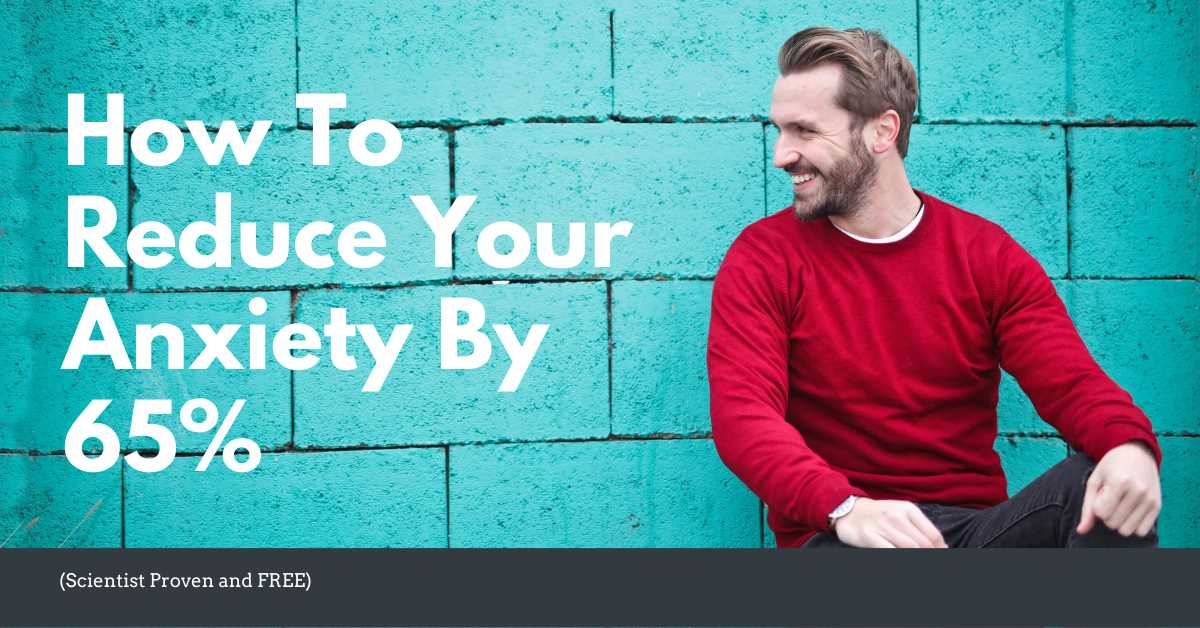 How To Reduce Your Anxiety By 65% (Scientist Proven and FREE)

After you read this quick post, you’ll be able to more than half your anxiety whenever you want, wherever you are…

Yep, even on a packed aeroplane with screaming toddlers either side of you.

All you need is your phone, some headphones and one song.

David Lewis-Hodgson of Mindlab International is the scientist who discovered the song.

He conducted a study to find the songs that relaxed the body and mind most when listened to. He hooked up his participants to sensors and gave them complex games to play (which caused them stress).

Crucially, he made them listen to different songs while they were playing the games. His researchers measured how the songs affected participants stress levels, blood pressure, breathing and heart rates.

They discovered something the ancient people already knew…

You might think a song being able to reduce your anxiety is unlikely, but ancient cultures around the world have been using sound as a tool for a long time.

The Hindu’s of India have their meditative mantras and the natives of Central and South America have their Icaros (which I personally experienced during my ayahuasca experience).

These practices have existed for thousands of years because they work! The sound moves us from discord to harmony, from chaos to calm and from imbalance to balance.

Scientists have since proven that sound therapy works too – it shifts your brain waves from their normal patterns to a more relaxed pattern.

The Most Relaxing Song Ever

After all of the tests completed, the researchers found the most relaxing song ever is “Weightless” by Marconi Union (listen below).

The song was developed in collaboration with the British Academy of Sound Therapy, so it was specifically designed to relax you.

That focus means the song unfolds in a soothing way. It starts with a 60 beats per minute opening which gently slows down to 50 beats per minute. Your heart rate slows in tandem with the beat. The chimes make you feel calm and the space between the notes gives you room to breathe. In the background you’ll hear humming which feels like you’re hearing the distant sounds of a Buddhist temple.

Everything is arranged in a thoughtful way, to calm you down and lower your blood pressure and stress levels.

You can listen to the song here, along with the other songs the scientists tested which were also found to be anxiety reducing:

Did you listen? Did it work for you?

I’d love to know your experience with this song. Let me know in the comments below.